It was a fun story and I noticed that the Tim Burton movie was more like the book than the 1970's movie was. The only thing about it that I didn't like was the rationalizing the exploitation of ... Read full review

Michael Foreman was born in Pakefield, Suffolk on March 21, 1938. At the age of fifteen, Foreman began to study art. His first children's book was published while he was still a student. He earned his M. A. from the Royal College of Art and since then, has written and/or illustrated many children's books. After leaving art school Michael traveled all over the world making films and television commercials. He has also worked on magazines, book jackets, animated films, and TV ads. He even worked for the police, sketching criminals described by witnesses. Foreman has won the Kate Greenaway Award twice, the Smarties Book Prize, The Kurt Maschler Award, the Children's Book Award, the Bologna Book Prize and the Francis William's Illustration Award twice. 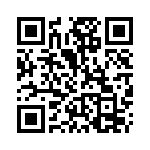