Page 74
JUDICIAL APPOINTMENTS November 5th , 1946 WILFRID EDGE , Esq . , K.C. , of the City of Quebec , in the Province of Quebec , to be a Puisne Judge of the Superior Court for the District of Quebec , in the Province of Quebec .
Page 985
But still at Oxford the Vice - Chancellor gives the judges an ornamental pair of gloves , and at that superior seat of ... At York , the judge is presented with a charming silver box filled with sweet - smelling herbs , in place of the ...
Page 1041
The judge took his seat upon the Bench , the plaintiff and the defendant came before him and the judge said , “ You will begin ” . And the plaintiff , who had never heard a word , neither had the defendant , seeing that the judge's lips ... 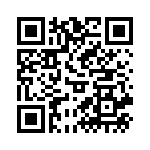