Just loved the way Siddhartha was written: beautiful words, peaceful rhythm, simple plot, and so many "quotable" passages that gives you a lot think about it. This one still top of my head! When ... Read full review

A wonderful little book about a man's spiritual journey for the meaning of life. What I like about the book is the inner struggle with the world he lives in of suffering, lust and greed, including the ... Read full review

Hermann Hesse (July 2, 1877 -- August 9, 1962) was a German poet, novelist, essayist and painter. His best-known works included Steppenwolf, Siddhartha, and The Glass Bead Game, each of which explores an individual's search for authenticity, self-knowledge and spirituality. In 1946, he received the Nobel Prize in Literature. Hess publicly announced his views on the savagery of World War I, and was considered a traitor. He moved to Switzerland where he eventually became a naturalized citizen. He warned of the advent of World War II, predicting that cultureless efficiency would destroy the modern world. His theme was usually the conflict between the elements of a person's dual nature and the problem of spiritual loneliness. His first novel, Peter Camenzind, was published in 1904. His masterpiece, Death and the Lover (1930), contrasts a scholarly abbot and his beloved pupil, who leaves the monastery for the adventurous world. Steppenwolf (1927), a European bestseller, was published when defeated Germany had begun to plan for another war. It is the story of Haller, who recognizes in himself the blend of the human and wolfish traits of the completely sterile scholarly project. During the 1960s Hesse became a favorite writer of the counter culture, especially in the United States, though his critical reputation has never equaled his popularity. Hermann Hesse died in 1962. 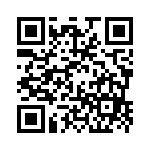