Page 28
However, when circumstances allowed, the soldiers in their absurd three-
cornered hats, their strangling neck-stocks, their long scarlet coats and their tight
cross-belts, marched grimly along of a morning while the grease melted out of
their ...
Page 303
... would in their view "of its tendency have such harmful consequences, and be
so contrary to the first principles of justice, that they could never assent to it". They
were prepared to agree that convicted persons considered fit should be allowed
...
Page 491
... that this their Colony should be allowed to remain in the state of nature in
which it was found, and her settlers and convicts turned adrift into the woods,
without churches, schools, courts, barracks, hospitals and all the other
accommodations ... 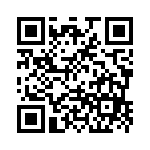