Kevin Rudd is a former Australian diplomat, Director-General of the Queensland Cabinet Office, Member for Griffith in the Australian Parliament, Leader of the Opposition and Foreign Minister. He is a twice-former Prime Minister of Australia. He left office in late 2013 before becoming Senior Fellow at the Harvard Kennedy School in Boston. Since 2015, he has also served as President of the Asia Society Policy Institute in New York. He and his wife Thérčse divide their time between Brisbane and New York. 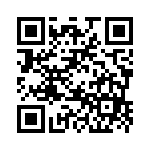