Page 15
'But you've cut your hair. I wanted to cut mine, but Julian asked me not to. He
begged me not to. Didn't you, Julian?' Julian did not answer. 'He said he'd lose
his strength if I cut my hair.' Julian turned over a page and went on reading. 'This
isn't ...
Page 41
The story went that once they had ventured to give a dinner party and that when
the servant, Mildred, was bringing in coffee, he had pulled Mrs Sawyer's hair. 'Not
a wig, you see, ' he bawled. Even then, if you can believe it, Mrs Sawyer had ...
Page 43
Just after my twelfth birthday Mr Sawyer died suddenly, and as Eddie's special
friend I went to the funeral, wearing a new white dress. My straight hair was
damped with sugar and water the night before and plaited into tight little plaits, so
that it ...

This continues and no doubt concludes the republication of the works of Jean Rhys — a collection of her short stories from her earliest (1927) ones to those of the '60's. Anything Jean Rhys wrote is ... Read full review

Jean Rhys, 1890 - 1979 Writer Jean Rhys was born in Roseau, Dominica, West Indies. Her father was a Welsh doctor and her mother was a Dominican Creole. Her heritage deeply influenced her life as well as her writing. At seventeen, her father sent her to England to attend the Perse School, Cambridge and the Royal Academy of Dramatic Art in London. Unfortunately, she was forced to abandon her studies when her father died. Rhys worked as a chorus girl and ghostwrote a book on furniture. During World War I, she volunteered in a soldier canteen and, in 1918, worked in a pension office. In 1919, she went to Holland and married the French-Dutch journalist and songwriter Jean Langlet. They had two children, a daughter and a son who died as an infant. She began writing under the patronage of Ford Madox Ford. Her husband was sentenced to prison for illegal financial transactions. Her affair ended badly with Ford, and her marriage ended in divorce. In 1934, she married Leslie Tilden Smith who died in 1945. Two years later, she married Max Hamer who died in 1966. Rhys lived many years in the West Country, most often in great poverty. In 1927, Rhys' first collection of stories, "The Left Bank and Other Stories," was published. Her first novel, "Quartet" (1928), is considered to be an account of her affair with Ford Madox Ford told through Marya, a young English woman. In "Voyage in the Dark" (1934), the character is a young chorus girl involved with an older lover. She has also written "Good Morning, Midnight" (1939) and "Sleep It Off Lady" (1976) and the internationally acclaimed "Wide Sargasso Sea" (1960). Rhys was made a CBE in 1978 and received the W.H. Smith Award, the Royal Society of Literature Award and an Arts Council Bursart. Rhys died on May 14, 1979 in Exeter. In the same year, her unfinished autobiography "Smile Please" appeared. 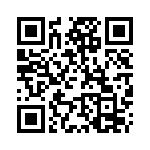