Page 34
This is how the regime managed to win the support of the bourgeois class without
adopting the liberal constitutional format. The founding of the Reichsbank in 1875
was part of the corporatist deal. Against some Prussian bureaucrats' nostalgia ...
Page 35
Italy, like Germany, Austria-Hungary, and the ex-Kingdom of the Netherlands,
held together 55 A manager of the Deutsche Bank, then the largest Berlin bank,
declared: "The great strength of our financial system in Germany is the
Reichsbank.
Page 55
1930) Beckerath, Herbert von, Grossindustrie und Gesellschaftsordnung (
Tubingen: J.C.B. Mohr, 19S4) Bopp, Karl R. , Reichsbank Operations: 1876-1914
(Federal Reserve Bank of Philadelphia: 19S3) Bora, Karl Erich, International
Banking ... 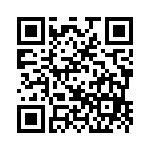