Sebastian Faulks is the author of Where My Heart Used to Beat, which made the New Zealand Best Seller List 2015.

Rachel Wagstaff’s adaptation of Sebastian Faulks’ bestselling novel Birdsong was staged at the Comedy Theatre, West End, 2010-11, directed by Sir Trevor Nunn. Rachel’s first play, The Soldier, was staged at the Edinburgh Festival in 2004, receiving five star reviews. Her second play, Night Sky, was staged at the Old Vic, for Index on Censorship. Rachel adapted Sebastian Faulks’ The Girl at the Lion d’Or for a five part series for Radio Four. Her play for Y Touring, Full Time, toured Britain in 2008 and 2009. Only the Brave, a musical for which she has written the book, was staged at the Edinburgh Festival in 2008, and the musical, Moonshadow, which she co-wrote with Yusuf Islam (Cat Stevens) was previewed at the Royal Albert Hall in 2010. 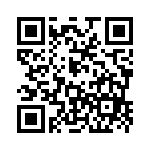