Adrian Goldsworthy has a doctorate from Oxford University. His first book, The Roman Army at War, was recognised by John Keegan, the distinguished military historian, as an exceptionally impressive work. Dr Goldsworthyżs book in The Cassell History of Warfare series has also been widely recognised as exceptional in opening the history of Roman warfare to the general reader. Dr Goldsworthy lives in Penarth, South Glamorgan. 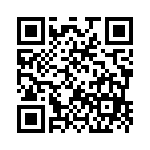