Simon Sleight is Senior Lecturer in Australian History at King's College London and Adjunct Research Associate at Monash University in Melbourne. He is also Co-founding Director of the Children's History Society in the UK. 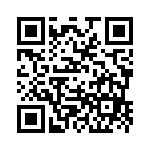