Page 508
It was of a spheroidical form , of about 40 feet diameter at the base , and had been of about twelve feet altitude , though now reduced by the plough to seven and a half , having been under cultivation about a dozen years .
Page 763
It was suddenly interrupted by the appearance of a negro , in tow - cloth jacket and trousers , a round - crowned fragment of a hat , like the cap of Mercury , and mounted on the back of a ragged , wild , half - broken colt , which he ...
Page 1789
And I honor the man who is willing to sink Half his present repute for the freedom to think , And , when he has thought , be his cause strong or weak , Will risk t ' other half for the freedom to speak , Caring naught for what vengeance ...

93 other sections not shown 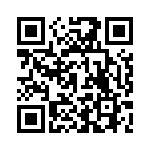