The war for wealth: the true story of globalization or why the flat world is broken

Thomas Friedman's The World Is Flat synthesized academic work on globalization into a book for everyone. Now Steingart (Washington, DC, correspondent, Der Spiegel) examines the dark side of ... Read full review

Author is overwhelmed by rising affluence and flow of money in India and China. But as per my understanding, corruption and mismanagement are deep rooted in public establishment in these countries and gradually percolating in private organizations also. They are the major pull-back factors. You cannot change the work culture by just flow of money through FDI. I think west can renovate itself through foresight and strong work culture. As an example, it will take decades and so to have Harvard like education institute with strong research culture to come up in these countries.

Gabor Steingart is an internationally bestselling author and the senior correspondent for Der Spiegel in Washington D.C., where he lives with his family. He has been awarded The Economic Writer of the Year award in Germany, and in 2007 he won the Helmut Schmidt Award for Advanced Journalism. His op-ed pieces are published in the Wall Street Journal and European Affairs. Steingart's weekly column “West Wing - The Battle for the White House” appears on Speigel Online (www.spiegel.de/westwing) and on RealClearPolitics.com. 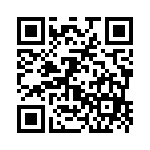