Page 105
history Chase of the two conspiring to s on the priest tended to perpetrate that
ignorance , superstition , priestcraft , servility , poverty , filth , disease ,
drunkenness and lying which in Protestant eyes followed Catholicism as night
followed day .
Page 349
54 For the Catholic population of Sydney , the arrival of the priests was the day of
mercy they had yearned for , and an ... it meant at least the temporary supremacy
of that priest - ridden , puritanical , superstitious , credulous Irish Catholicism in ...
Page 350
This time , however , Macquarie confined himself to reporting to Bathurst that
Roman Catholic chaplains had , with the permission of government , come out as
passengers in the Janus . 55 For the rest , the Protestant community seemed ... 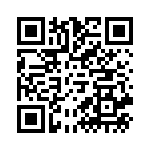