Page 351 - The Morphology of walled Capitals", in G. William Skinner ed., The City in Late Imperial China. Stanford University Press, Stanford. 1977, PP.85 86 "Some Aspects of the Urban Geography of the Chinese Hsien Capitals' Annals of the Association of the American il (1961).
Appears in 9 books from 1981-2001

Edward J. M. Rhoads is professor of history at the University of Texas at Austin. He is the author of China's Republican Revolution: The Case of Kwangtung, 1895-1913.Winner of the Joseph Levenson Book Prize for Modern China, sponsored by The China and Inner Asia Council of the Association for Asian Studies 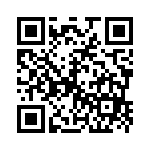