Lynn Robertson has been studying abnormal perception and attention for over 20 years. Her early experiments in visual spatial deficits and hemispheric asymmetries are now classic, and she was one of the first wave of experimentally trained psychologists to integrate cognitive psychology with human neuropsychology, creating the field that has become known as cognitive neuroscience. Her recent work incorporates the study of unusual developmental visual phenomena, such as those found in synesthesia. Noam Sagiv received his Ph.D. from UC Berkeley in cognitive psychology after studying physics, chemistry, and neurobiology at the Hebrew University of Jerusalem. He is now a research fellow at University College London. He studies visual perception in normal subjects, neurological patients and special populations using behavioral, electrophysiological, and neuroimaging methods. He is particularly interested in positive phenomena such as synesthesia, metamorphopsia, and hallucinations. 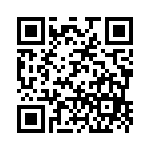