Carl Albing is currently a Distinguished Visiting Professor in the Department of Computer Science at the U.S. Naval Academy where he is teaching courses on programming languages and on High Performance Computing. Prior to this he was writing software for some of the biggest and fastest computers in the world as a software engineer for Cray, Inc. As an independent consultant, he is comfortable programming with C, Java, bash and much more. Carl is the coauthor of two books, one on Java development on Linux and his latest, the O'Reilly "bash Cookbook". A former software consultant, manager, analyst and programmer with an amazing breadth of software experience, Carl has worked with companies in the US, Canada and Europe. He has worked for large companies and small startups, in technical as well as in managerial and marketing roles. Carl's software projects, past and present, involve the design and development of distributed computing software, medical image processing applications, compilers, medical devices, web-based factory floor automation, and more. Carl's education includes a Ph.D. in Computer Science as well as a B.A. degree in Mathematics and an International MBA. He has spoken at conferences and training seminars in the US, Canada and Europe as well as local high schools and colleges. Carl enjoys speaking at user groups and seminars on Linux, C, Java, and bash topics.

JP Vossen has been working with computers since the early 80s and has been in the IT industry since the early 90s, specializing in Information Security since the late 90s. He's been fascinated with scripting and automation since he first understood what an autoexec.bat was, and was delighted to discover the power and flexibility of bash and GNU on Linux in the mid-90s. He has previously written for Information Security Magazine and SearchSecurity.com, among others. On those few occasion when he's not in front of a computer, he is usually taking something apart, putting something together, or both.

Cameron Newham lives in Perth, Western Australia. After completing a Bachelor of Science majoring in information technology and geography at the University of Western Australia, Cameron joined Universal Defence Systems (later to become Australian Defence Industries) as a software engineer. He has been with ADI for six years, working on various aspects of command and control systems. In his spare time Cameron can be found surfing the Internet, ballroom dancing, or driving his sports car. He also has more than a passing interest in space science, 3D graphics, synthesiser music, and Depeche Mode. 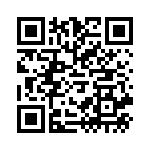