Page 56
He must be freezing ! ” Charlie , standing only a few paces away from the speaker , gave Grandpa Joe's hand a squeeze , and the old man looked down at Charlie and smiled . Somewhere in the distance , a church clock began striking ten .
Page 92
A second later , a mighty rumbling sound came from inside it , and the whole machine began to shake most frighteningly , and steam began hissing out of it all over , and then suddenly the watchers noticed that runny stuff was pouring ...
Page
At the age of twenty - six he moved to Washington , D.C. , and it was there he began to write . His first short story , which recounted his adventures in the war , was bought by The Saturday Evening Post , and so began a long and ...

Classic story for children of all ages. This delightful tale creates such vivid imagery you'll be tempted to head for the local chocolate store for a snack! The reader can't help but pick up on the fact that the "good" boy is the only one who succeeds in making it through the whole tour, and then gets a huge blessing for his whole family too! A good engaging story that children will never tire of hearing or reading. 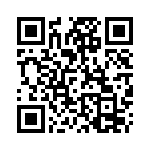