Page
251 had got together, they endeavoured to kill us and began to surround us, and
hurled many stones with their slings and javelins and arrows, and with their
broadswords they killed two of our soldiers in a bad pass, and they also killed a ...
Page
255 Mexico as well as on the bridges and causeways, and all the encounters
including this one at Otumba, and those who were killed on the road. I assert that
within a matter of five days over eight hundred and sixty soldiers were killed and
...
Page
They replied that if we did not at once go back, they would come out and kill us,
and they got ready to do so, and we did ... only three were killed, and two horses
were wounded, and one of them died, and two of our soldiers were wounded, but
... 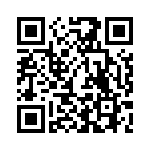