I rarely read autobiographies, preferring biographies written by professional historians and writers. While many such professionals naturally fall into hagiography when presenting their subjects, they ... Read full review

Long Walk to Freedom by Nelson Mandela is an intriguing autobiography of one of the world’s foremost civil rights leaders. Born in 1918 in the Thembu tribe of the Xhosa people the book described ... Read full review

Nelson Mandela was born Rolihlahla Mandela on July 18, 1918 in Mvezo, South Africa. His teacher later named him Nelson as part of a custom to give all schoolchildren Christian names. He briefly attended University College of Fort Hare but was expelled after taking part in a protest with Oliver Tambo, with whom he later operated the nation's first black law firm. He eventually completed a bachelor's degree through correspondence courses and studied law at the University of Witwatersrand in Johannesburg. He left without graduating in 1948. Mandela was part of the African National Congress (ANC) and spent many years as a freedom fighter. When the South African government outlawed the ANC after the Sharpeville Massacre, he went underground to form a new military wing of the organization. In 1964, he was sentenced to life in prison for sabotage and conspiracy to overthrow the government. Instead of testifying at the trial, he opted to give a speech that was more than four hours long and ended with a defiant statement. While in prison, he received a bachelor's degree in law in absentia from the University of South Africa. In 1990, Mandela was released from prison after 27 years. He served as President of South Africa from 1994 to 1999, and was the first South African president to be elected in a fully representative democratic election. He was awarded the Nobel Peace Prize with former South African President F.W. de Klerk in 1993 for transitioning the nation from a system of racial segregation. After leaving the presidency, Mandela retired from active politics, but continued championing causes such as human rights, world peace and the fight against AIDS. He died on November 5, 2013 at the age of 95. 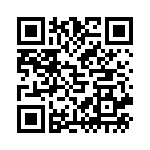