Donald Denoon is Professor of Pacific Islands History in the Research School of Pacific Studies, Australian National University. His previous books include Southern Africa Since 1800 (with Balam Nyeko, 1972 and 1984 ), Settler Capitalism (1981), The Cambridge History of the Pacific Islanders (Ed. 1997), and Getting Under the Skin: the Bougainville Copper Agreement and the Creation of the Panguna Mine (2000).

Dr Philippa Mein Smith teaches New Zealand and Australian history, and social history of medicine in the Department of History, University of Canterbury, New Zealand. Her previous publications include Mothers and King Baby: Infant Survival and Welfare in an Imperial World: Australia 1880-1950 (1997).

Professor Denoon and Dr. Mein-Smith enjoyed the privilege of a month's fellowship at the Rockefeller Study Centre in Bellagio, to develop the text.

Dr Marivic Wyndham is an Australian cultural historian. Her doctoral thesis focused on the life and literature of the Australian novelist, Eleanor Dark (1901-1985). Her book, based on the thesis and due for release in mid-2001, offers a cross-cultural analysis of the writer. Dr Wyndham is now an Academic Adviser at the Study Skills Centre, Australian National University. 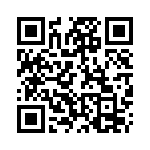