Kathryn Thoms Flannery is a professor of English and women's studies at the University of Pittsburgh and the author of The Emperor's New Clothes: Literature, Literacy, and the Ideology of Style. 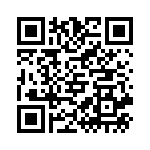