Page 421
Late on Wednesday morning I met with Dayan, Allon, Galili, the commander of
the air force, the chief of staff and, because the head of intelligence was sick that
day, the head of military intelligence research. Dayan opened the meeting, and
the ...
Page 451
So although I myself was tremendously tempted to resign, I thought I ought to
hold on for a little longer—and so should Dayan. Of all the members of the
cabinet, Dayan was, of course, the most controversial and probably the most
complicated.
Page 457
I managed to form a cabinet with Dayan as minister of defense, but the storm
about him raged on and on. It now focused on the Interim Agranat Report, which,
as I said earlier, had exonerated him from any direct responsibility for the errors
of ... 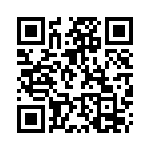