Page 549
This has the obvious quantum interpretation that the radiation from a multipole of
order (l, m) carries off mh units of z component of angular momentum per photon
of energy ho. In further analogy with quantum mechanics we would expect the ...
Page 551
We note that electric and magnetic multipoles of a given (l, m) have the same
angular dependence, but have polarizations at right angles to one another. Thus
the multipole order can be determined by measurement of the angular
distribution ...
Page 636
Power, radiated, angular distribution of quadrupole, 275, 552 radiated, by
charged particle, 470, 472 radiated, by charged particle in accelerators, 471
radiated, by charge in arbitrary periodic motion, 501 radiated, by multipoles, 550 f
. radiated, ... 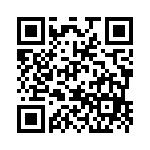