Page 31
Palestine has been desired by all the world's rulers since Nebuchadnezzar. But if
a great Power wants a country, does it just take it, 'annex' it? Not if it a clever
Power! British policy, therefore, was ready to back a great ideal which would
enable ...
Page 317
After the suggestion of "federation with autonomy" (the Morrison Plan), was
rejected by both Arabs and Jews, Bevin proposed a "new plan" for the solution of
the Palestine problem. It was put forward on January ioth, 1947, during the
Tripartite ...
Page 318
But for Arab and British — or Anglo-Arab — stubbornness, we Jews of Palestine
would today be living in a "Morrison Ghetto" — unless we, the rebels, had been
able to frustrate even that plan, too. On the 14th February, 1947, the London ... 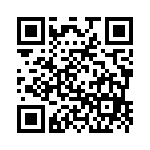