Charles G. Roland was Jason A. Hannah Professor Emeritus of the History of Medicine at McMaster University, Hamilton, Canada.

Charles G. Roland practised general medicine, was senior editor of the Journal of the American Medical Association, and served as chair of the Department of Biomedical Communication at the Mayo Clinic and Mayo Medical School in Rochester, Minnesota. He was Hannah Professor Emeritus of the History of Medicine at McMaster University and author of Courage under Siege: Disease, Starvation, and Death in the Warsaw Ghetto. 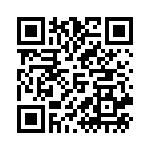