Page 87
Under these conditions of relatively short gas - solid interaction times , i . e . , ~ 1
sec or less , kinetic rather than thermodynamic factors are likely to be important ,
e . g . , see Baker ( 1967 ) , Baker and Ward ( 1967 ) , and cited references .
Page 174
For the similar case of Zr extraction , the relatively involatile ZrCl , is purified by
sublimation . A method for the separation of zirconium and hafnium chlorides ,
which have very similar volatilities , relies on the reaction 400 °C ZrCl , ( s ) +
ZrClm ...
Page 224
On the other hand , as there are no stable sulfates of silica , this oxide is relatively
more resistant to sulfur attack in the presence of oxygen . Alcock and Zador (
1971 ) have noted that there is a general correlation between the stability of
sulfide ... 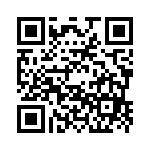