The book is a set of excerpts from private remembrances while at the Ramsays family beach house. The remembrances centre round Mrs Ramsay both while she is alive as well as after her death. There is s strong sense of melancholy about human transience set against the impassiveness of the house itself - and the lighthouse.
Just as the book begins to envelope me within the small world of the Ramsays, the self-conscious cleverness disturbs the engagement. My mind receeds from the Ramsays and instead sees Virginia Woolf sitting and thinking of some phrase for readers more impressed by cleverness than simple sincerity.
Nevertheless, I enjoyed the book for this cleverness of language, as well as the many short sections where I was transported, iluminated, impressed and intrigued.

Wonderful story. I love to read it. Virginia Woolf proved herself as a splendid novelist. And love quote "What is the meaning of life? That was all- a simple question; one that tended to close in on one with years, the great revelation had never come. The great revelation perhaps never did come. Instead, there were little daily miracles, illuminations, matches struck unexpectedly in the dark; here was one."

Virginia Woolf was born in 1882, the youngest daughter of the Victorian writer Leslie Stephen. After her father's death, Virginia moved with her sister Vanessa (later Vanessa Bell) and two of her brothers, to 46 Gordon Square, which was to be the first meeting place of the Bloomsbury Group. Virginia married Leonard Woolf in 1912, and together they established the Hogarth Press. Virginia also published her first novel, The Voyage Out, in 1912, and she subsequently wrote eight more, several of which are considered classics, as well as two books of seminal feminist thought. Woolf suffered from mental illness throughout her life and committed suicide in 1941. 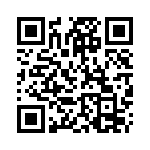