Stefan Gelfgren is Associate Professor of Sociology of Religion at Umeĺ University, Sweden. 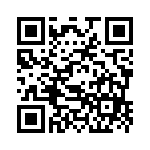