Page v - FridaYara of Publishers Group West for sharing their incredible marketing experience and expertise. Mary Ging, Caroline Hird, Simon Beale, Caroline Wheeler, Victoria Fuller, Jonathan Bunkell, and Klaus Beran of Harcourt International for making certain that our vision remains worldwide in scope.
Appears in 91 books from 2000-2006
Page v - Publishers for the enthusiasm with which they receive our books. Kwon Sung June at Acorn Publishing for his support. Jackie Gross, Gayle Voycey, Alexia Penny, Anik Robitaille, Craig Siddall, Darlene Morrow...
Appears in 56 books from 2002-2006
More
Page xxvi - Site contains the code files that are used in specific chapters of this book. The code files for each chapter are located in a "chXX
Appears in 12 books from 2001-2002
Page v - Miller, Jane Mackay, and Marie Skelly at Jackie Gross & Associates for all their help and enthusiasm representing our product in Canada. Lois Fraser, Connie McMenemy, Shannon Russell, and the rest of the great folks at Jaguar Book Group for their help with distribution of Syngress books in Canada.
Appears in 65 books from 2001-2006
Page v - Acknowledgments We would like to acknowledge the following people for their kindness and support in making this book possible. Richard Kristof, Duncan Anderson...
Appears in 14 books from 2000-2002
Page vii - Jonothon Ortiz is Vice President of Xnext, Inc. in Winter Haven, FL. Xnext, Inc. is a small, privately owned company that develops Web sites and applications for prestigious companies such as the New York Times Company.
Appears in 6 books from 2001-2002
Page 15 - ... element in the array, and so on. &, *, +, -, «, <=>, ==, ===, [], [], []=, assoc, at, clear, collect, collect!, compact, compact!, concat, delete, delete_at, delete_if, each, each_index, empty?, eql?, fill, first, flatten, flatten!, include?, index, indexes, indices, join, last, length, map!, new, nitems, pack, pop, push, rassoc, reject!, replace, reverse, reverse!, reverse_each, rindex, shift, size, slice, slice!, sort, sort!, to_a, to_ary, to_s, uniq, uniq!, unshift, If you see a method that...
Appears in 4 books from 2000-2002
Page 14 - Arrays are ordered, integer-indexed collections of any object. Array indexing starts at 0, as in C or Java. A negative index is assumed relative to the end of the array — that is, an index of -1 indicates the last element of the array, -2 is the next to last element in the array, and so on.
Appears in 3 books from 2000-2007
Less 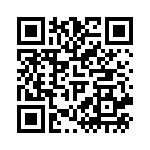