Page 36
TuRE OF ESOPHAGuS The musculature of the esophagus consists of an outer
longitudinal muscle layer and an inner muscular layer, generally described for
convenience as the circular muscle layer, although, strictly speaking, the term ...
Page 38
The so called inner circular layer of esophageal musculature, which at this point
is spiral in character (see page 37), ... but divides, in the region of the cardia, into
the middle ... layer of the gastric musculature and the inner oblique layer.
Page 53
However, only one of these – the middle circular layer – covers the wall
completely, whereas the other two – the superficial ... Noteworthy, furthermore, is
the fact that the longitudinal and circular layers, as well as the latter and the
oblique ... 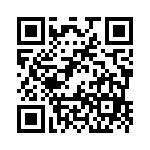