Martin Feldstein (1939-2019) was the George F. Baker Professor of Economics at Harvard University. From 1977 to 2008 he was president and CEO of the National Bureau of Economic Research. He was chairman of President Ronald Reagan's Council of Economic Advisers from 1982 to 1984. In 2006 he was appointed to the President's Foreign Intelligence Advisory Board under George W. Bush, and in 2009 he was named to the President's Economic Recovery Advisory Board by Barack Obama. He was the editor of many books published by the University of Chicago Press. 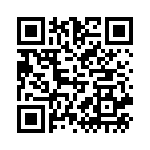