Michael Cavadino, who is Emeritus Professor of Law at the University of Central Lancashire, is an internationally known author and researcher in the fields of penology (the study of punishment) and mental health law. He is co-author of the leading textbook on the penal system of England and Wales (M Cavadino, J Dignan and G Mair, The Penal System: An Introduction, 5th ed., Sage Publications 2013). His other works include Mental Health Law in Context: Doctors' Orders? (Dartmouth, 1989) and M Cavadino and J Dignan, Penal Systems: A Comparative Approach (Sage Publications, 2006).

George Mair is Professor of Criminal Justice and Head of the Department of Social Science at Liverpool Hope. Previously (1995-2012), he was Professor of Criminal Justice in the School of Law at Liverpool John Moores University; and prior to that (1979-1995) he was a member of the Home Office Research and Planning Unit, latterly as Principal Research Officer leading a team carrying out research and policy-advice on community penalties. He has been a member of the Merseyside Probation Board (2001-2007), and a member of the Liverpool Crime and Disorder Reduction Partnership (1999-2006). 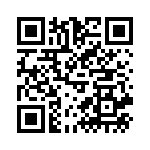