Page 115
O. coniceps (Canestrini, 1890); described from Venice, Italy. - pecimens, from
near Aral Sea, in St. Petersburg Museum o 1895); these quoted by Yakimov and
Kohl-Yakimov 1911) and Yakimov (1917, 1922). Present in France (Guitel 1918,
...
Page 116
Q. erraticus Lucas, 1849; described from Algeria and now known in Iran, Turkey,
and throughout much of the European and African Mediterranean area as well as
in French West Africa, Kenya, and Uganda. This tick chiefly inhabits rodent ...
Page 718
Structure and Physiology Integumentary sense organs, which are fixed in number
and location, and which are essentially similar in all stages of the tick, though
more primitive in larvae, have been described and o by Dinnik and Zumpt (i975). 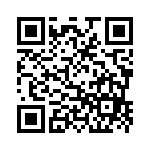