A. W. Richard Sipe was born Walter Richard Sipe in Robbinsdale, Minnesota on December 11, 1932. His family were observant Catholics and he attended a high school and a college run by Benedictine monks at St. John's Abbey. He became a monk himself and was ordained a priest in 1959. In his first posting to work as a high school counselor, he heard in the confessional about priests who were sexually involved with other priests, priests who had girlfriends, and priests who were involved with minors. He also learned that his predecessor had abused girls. However, these men remained in good standing with the church. In 1967, he became the director of family services at the Seton Psychiatric Institute in Baltimore, a treatment center where bishops sent problem priests. As he got to know the troubled men, some revealed that they had been abused by clergymen themselves. He also heard stories about how church leaders had been dismissive of reports of abuse. He left the priesthood in 1970. In 1986, he presented his findings to the United States Conference of Catholic Bishops, but nothing was done. In 1990, he published an ethnographic study of celibacy and abuse within the Catholic Church entitled A Secret World: Sexuality and the Search for Celibacy. He was active in the early days of clergy-victim advocacy. He died from multiple organ failure on August 8, 2018 at the age of 85. 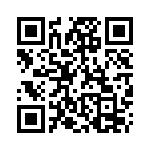