Page 164
The result is the relation for a neutron model exp [2g(v*/6) E.] o(E*, g, Ö, m) = −t,
“T” – To4t V(g/2)(6/gov%) Eit of the standard form and a similar one for a proton
model, but with a modified excitation energy E., given by d, d g,\* , g, d, ...
Page 360
The compound nucleus then emits two neutrons, thus essentially causing (t, 2n)
reaction on the target. iii) When the ... Around this neutron number the proton
competition becomes serious especially if the target is neutron deficient, even for
...
Page 504
Actually the neutron emission, because of the lack of Coulomb barrier, will be in
general preferred to the charged-particle emission. This favours the population of
more neutron-poor nuclei (in as far as the binding energy of the neutron ...

44 other sections not shown 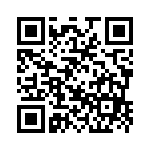