Dionysios Politis is a lecturer of the Multimedia Lab, in the Department of Informatics, Aristotle University of Thessaloniki. He has earned his BS in Physics (1987), MSc in radio engineering and electronics (1990), and PhD in computer science (1998) from the same university. He is a holder of a graduate diploma in computing studies (1991) from RMIT University as a scholar of the Australian government.

He has been a collaborator of the Centre of International and European Economic Law (1992-2002) and has participated in various computer law projects, mainly focusing on the pre-accession route of South Eastern Europe countries to EU integration. His research interests focus on multimedia reconstructions and visualizations, mainly with an e-learning orientation. He has edited, published or presented more than 60 books, chapters in books, journals, magazines, newspapers, radio-television emissions and international conferences. 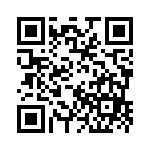