Esteve Calzada is a senior advisor at Manchester City FC. As chief marketing and commercial officer at FC Barcelona, he made a major contribution towards the commercial transformation that saw the club increase its revenue from €120 million to over €400 million per year, representing a sea change in sports marketing. He is globally renowned for his insight and track record.

He was one of the founders of Leo Messi Management, the company that exploits the image rights of Argentinean global football star, and is a FIFA players' agent. 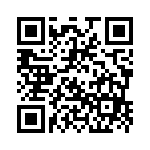