Terry and Gerry Audesirk" grew up in New Jersey, where they met as undergraduates. After marrying in 1970, they moved to California, where Terry earned her doctorate in marine ecology at the University of Southern California and Gerry earned his doctorate in neurobiology at the California Institute of Technology. As postdoctoral students at the University of Washington's marine laboratories, they worked together on the neural bases of behavior, using a marine mollusk as a model system. Terry and Gerry are now professors of biology at the University of Colorado at Denver, where they have taught introductory biology and neurobiology since 1982. In their research lab, funded by the National Institutes of Health, they investigate the mechanisms by which neurons are harmed by low levels of environmental pollutants. Terry and Gerry share a deep appreciation of nature and of the outdoors. They enjoy hiking in the Rockies, running near their home in the foothills west of Denver, and attempting to garden at 7000 feet in the presence of hungry deer and elk. They are long-time members of many conservation organizations. Their daughter, Heather, has added another focus to their lives. "Bruce E. Byers," a midwesterner transplanted to the hills of western Massachusetts, is a professor in the biology department at the University of Massachusetts, Amherst. He's been a member of the faculty at UMass (where he also completed his doctoral degree) since 1993. Bruce teaches introductory biology courses for both nonmajors and majors; he also teaches courses in ornithology and animal behavior. A lifelong fascination with birds ultimately led Bruce to scientific exploration of avian biology. His currentresearch focuses on the behavioral ecology of birds, especially on the function and evolution of the vocal signals that birds use to communicate. The pursuit of vocalizations often takes Bruce outdoors, where he can be found before dawn, tape recorder in hand, awaiting the first songs of a new day.

Neil A. Campbell combined the investigative nature of a research scientist with the soul of an experienced and caring teacher. He earned his M.A. in Zoology from UCLA and his Ph.D. in Plant Biology from the University of California, Riverside, where he received the Distinguished Alumnus Award in 2001. Dr. Campbell published numerous research articles on how certain desert plants thrive in salty soil and how sensitive plant (Mimosa) and other legumes move their leaves. His 30 years of teaching in diverse environments included general biology courses at Cornell University, Pomona College, and San Bernardino Valley College, where he received the college's first Outstanding Professor Award in 1986. Most recently Dr. Campbell was a visiting scholar in the Department of Botany and Plant Sciences at the University of California, Riverside. In addition to his authorship of this book, he coauthored "BIOLOGY" and "Essential Biology" with Jane Reece. Each year, over 600,000 students worldwide use Campbell/Reece biology textbooks. Jane B. Reece has worked in biology publishing since 1978, when she joined the editorial staff of Benjamin Cummings. Her education includes an A.B. in Biology from Harvard University, an M.S. in Microbiology from Rutgers University, and a Ph.D. in Bacteriology from the University of California, Berkeley. At UC Berkeley and later as a post-doctoral fellow in genetics at Stanford University, her research focused on genetic recombination in bacteria. Dr. Reece taught biology at Middlesex County College (New Jersey) and Queensborough Community College (New York). As an editor at Benjamin Cummings, Dr. Reece played major roles in a number of successful textbooks. In additionto being a coauthor with Neil Campbell on "BIOLOGY" and "Essential Biology," she coauthored "The World of the Cell," Third Edition, with W.M. Becker and M.F. Poenie. Martha R. Taylor has been teaching biology for more than 20 years. She earned her B.A. in Biology from Gettysburg College and her M.S. and Ph.D. in Science Education from Cornell University. She was Assistant Director of the Office of Instructional Support at Cornell for seven years. She has taught introductory biology for both majors and non-majors at Cornell University for many years and is currently a visiting lecturer in Cornell's introductory biology laboratory course. Based on her experiences working with students from high school and community college through university, in both classrooms and tutorials, Dr. Taylor is committed to helping students create their own knowledge of and appreciation for biology. She has been the author of the "Student Study Guide" for all six editions of "BIOLOGY" by Drs. Campbell and Reece. Eric J. Simon is an Assistant Professor of Biology at New England College in Henniker, New Hampshire. He teaches introductory biology to both biology majors and no-biology majors, as well as upper-level biology courses in genetics, microbiology, and molecular biology. Dr. Simon received a B.A. in Biology and Computer Science and an M.A. in Biology from Wesleyan University, and a Ph.D. in Biochemistry at Harvard University. Currently, he is working toward an M.S.Ed. in Educational Psychology. Dr. Simon's diverse classroom experience includes teaching both biology majors and non-biology majors at numerous institutions, including St. John's University (Minnesota), Minneapolis Community and TechnicalCollege--where he earned an Outstanding Teacher Award--and Fordham College at Lincoln Center in New York City. Dr. Simon's research focuses on innovative ways for using technology to improve teaching and learning in the science classroom, particularly among non-biology major students.

Reece has an A.B. in Biology from Harvard University, an M.S. in Microbiology from Rutgers University, and a Ph.D. in Bacteriology from the University of California, Berkeley. She taught biology at Middlesex County College and Queensborough Community College. 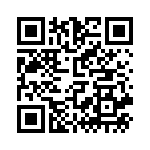