Abraham Stoker was born in Dublin on 8 November 1847. He graduated in Mathematics from Trinity College, Dublin in 1867 and then worked as a civil servant. In 1878 he married Florence Balcombe. He later moved to London and became business manager of his friend Henry Irving's Lyceum Theatre. He wrote several sensational novels including novels The Snake's Pass (1890), Dracula (1897), The Jewel of Seven Stars (1903), and The Lair of the White Worm (1911). Bram Stoker died on 20 April 1912.

Mark Gatiss is a screenwriter, director, producer and actor. He is one member of The League of Gentlemen and has written for and acted in Doctor Who, Sherlock (the latter of which he co-created with Steven Moffat along with the acclaimed miniseries Dracula) and many others.

Steven Moffat is best known for Press Gang, Coupling, Steven Spielberg's movie Tintin, and for the last few years being lead writer and executive producer on Doctor Who and for co-creating and co-writing (with Mark Gatiss) and executive producing Sherlock. He has 5 BAFTAs, 2 Emmys and in 2015 was awarded an OBE for services to drama. 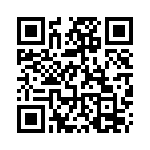