Page 124
Finding no publisher for a seminal book , Ideas for Australian Cities , he
eventually produced it himself in 1970 , at once earning substantial royalties for
the urban social services of the Brotherhood of St Laurence . In this book ,
Stretton argued ...
Page 207
South Australia , which under the Dunstan government was making a name for
social experiment , was the first state to discontinue the prosecution of adult ,
consenting homosexual acts , but the move only came in 1972 after a university ...
Page 314
Australia , Parliament , Ranger Uranium Environmental Inquiry : Second Report ,
Parl . Paper 117 , Canberra , 1977 . I . Lowe , ' The Uranium Industry in Australia '
, in Social Issues in the 1980s , Occasional Papers No . 4 , Australian Studies ... 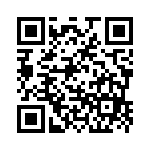