F. A. Hayek (1899-1992), recipient of the Medal of Freedom in 1991 and co-winner of the Nobel Memorial Prize in Economics in 1974, was a pioneer in monetary theory and the principal proponent of libertarianism in the twentieth century. He taught at the University of London, the University of Chicago, and the University of Freiburg. 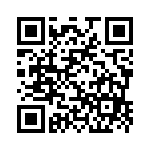