Page 431
yield the following score : 1 ) T. aedon — Mexico ( Baja California ) , United
States ( California to Western Texas to Washington , Wisconsin , Missouri ,
Kentucky ) , Canada ( British Columbia , Alberta , Saskatchewan , Manitoba ) ,
wintering in ...
Page 434
One of these can be traced to the stretch : Alaska - British Columbia ; the other to
Mexico in general , with emphasis in particular on Northwestern Mexico and
Southern Mexico . As we know , Southern Mexico ( Southern Veracruz , Chiapas
...
Page 455
This adaptation takes place in Mexico , the fresh - water bodies underscored in
the process answering a very ancient range I have identified as the Lerma District
. 1 The center of genus Geothlypis is thus Mexico in general , and the Lerma ... 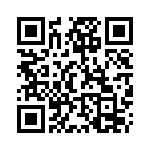