Page 47
Fear nothing , sister , ' she said , ' there is no leopard crouching for you . Fight on ,
brothers , for the prize is fair . ' Punchi Menika walked slowly on down the track .
The blood in her veins moved strangely , stirred by the stirring life around her .
Page 91
As Hinnihami followed hour after hour along the white track , which for ever
coiled out before her into the walls of dusty trees , the old song , which
Karlinahami had sung to them when they were children , continually was in her
mind , and she ...
Page 218
It was a track I had never been on , but I still led the way ; and on the fourth day
we entered the village - well , what was I saying ? Yes , I know the tracks , even in
those days when I was a boy I knew the jungle . But this time it requires clever ... 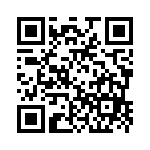