≤ń 18 ≠∂
For example, small businessmen, particularly doctors and dentists, "sell"
delinquent accounts to a tax collecting firm; the tax collecting firm gives the
businessman, say, 40 percent of the value of the account and then keeps
anything beyond ...
≤ń 22 ≠∂
The principles are still obscure, but in general the court has been ruling in favor
of the former firm in requiring, for example, that the departing manager or scientist
not work in the same product area for a period of five years. If he goes to work ...
≤ń 211 ≠∂
The number of firms stabilized at about forty. New corporate entries appeared,
such as MGM and Warner Brothers, sensing, one supposes, the opportunity that
vastly expanding sales indicated. Some independents grew large. The eight firm
... 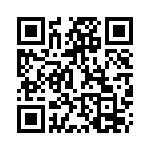