Ciro Paoletti teaches at the State University La Sapienza of Rome. He is co-author of the Italian Official Histories. He has numerous publications and publications in both English and Italian. 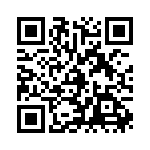