Page 48
cavaliers”—many of them younger sons who had no fortune to expect and no
sure social footing in Cromwell's England—came looking to change their lives in
Virginia. The colony they came to after 1655 had been a failure for most of its ...
Page 49
By 1625 only 1,200 whites remained alive in Virginia, out of the 8,500 whom the
Virginia Company had shipped there since 1607. To hold Jamestown together,
the Virginia Company imposed laws and punishments of a severity unimagined
by ...
Page 52
1722–23) of another Virginia son, Edward Jaquelin, Jr. (Figure 31), with the
English mezzotint from which it is obviously derived, a portrait of young William
Cecil by John Smith after William Wissing. The pose, the drapery, the dog, even
the ... 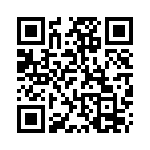