Page 15
In all European countries it exceeds all other mortality during the first 30 years of
life, longone, P. Mortalite et mor- bidite, in : Population et Soci&es. Bulletin
Mensuel d'Informations Demographiques, Economiques, Sociales. No. 43,
January ...
Page 17
... environment is the primary determinant of the state of general health of any
population.9 Food, housing, working conditions, neighbourhood cohesion, as
well as the cultural mechanisms which make it possible to keep the population
stable, ...
Page 157
For the first time since railroads have made a true world-market in food possible,
the world's population depends on current production, in other words, on weather
and politics. In former times, when hit by food shortages, people competed ... 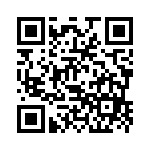