Norman Polmar is an internationally known analyst, consultant, and award-winning author specializing in the naval, aviation, and intelligence areas. He has participated in or directed major studies in these areas for the U.S. Department of Defense and Navy, and served as a consultant to U.S. and foreign commercial firms and government agencies. He has been an advisor or consultant on naval issues to three U.S. Secretaries of the Navy and two Chiefs of Naval Operations, as well as to three U.S. Senators and a Speaker of the House of Representatives. He has 50 published books to his credit, including eight previous editions of Ships and Aircraft of the U.S. Fleet and four editions of Guide to the Soviet Navy. Mr. Polmar is a columnist for Proceedings and Naval History magazines. He is a resident of Alexandria, VA . 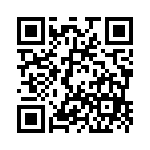