Page 75
Labor's nationalist stance also attracted the support of IrishAustralians . ... For Irish Catholic people , with their bitter memories of English rule , the growth of Australian nationalism was to be encouraged for this very reason .
Page 117
Backroom discussions led to the Liberal Party being renamed , or re - formed , as the National or Nationalist Party ( at first the terms were used interchangeably ) , which embraced Hughes and his ex - Labor followers in its membership ...
Page 466
... 3-4 230 Cook , James , 2 and Nationalists , 145-6 , 160 and power struggles with Liberals , Cook , Sir Joseph 374 as ... see Nationalist Party 68 Cameron leader , 239 Coolgardie , 146 coalition governments : see Nationalist , U.A.P. ... 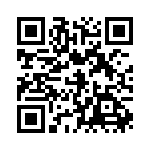