Page 94
We were told at the outset , as you may be aware , that we were merely a “
council of advice , ” and that we were to confine ourselves to the duties which
such a position involved . But however inconsistent it may appear , it is
nevertheless true ...
Page 102
T . Q . Stow , an Independent minister , made a forceful speech in July 1846 , in
which he said , in part : Ifit were the duty of the State to provide for religion ,
clearly it was its duty to provide for the right sort of religion . The State was to
decide ...
Page 177
Augustus Short , who moved the second resolution , as follows : “ That it is the
duty of the Church in the province of Australasia to use its unceasing endeavours
, by direct missionary agency , as well as educational institutions , to bring the ...

90 other sections not shown 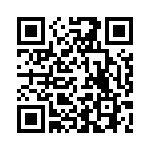